In order to fight Covid19, the Indian government released a mobile contact tracing application called Aarogya Setu. This application is available on the PlayStore and 90 million Indians already installed it.

This application is currently getting a lot of attention in India. In Noida, if people doesn’t have the app installed on their phone, a person can be imprisoned up to 6 months or fined up to Rs 1000.

At 1:27 am, I found that an activity called WebViewActivity, was behaving weirdly. This activity is a webview and is, in theory, responsible of showing web page like the privacy policy for example. 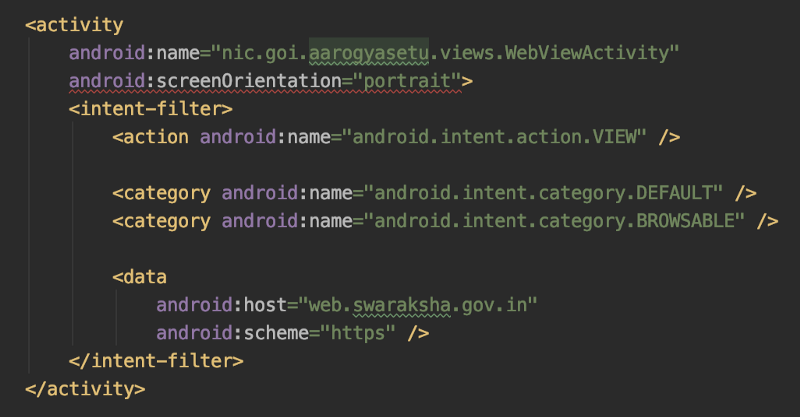 The issue is that WebViewActivity was capable of doing a little bit more than that.

As you can see, the onPageStarted method checked the value of the str parameter. If str:

As you can see there is no host validation at all. So, I tried to open an internal file of the application called FightCorona_prefs.xml by sending the following command

As you can see in the following video, it worked fine!

Why it’s a problem? With only 1-click an attacker can open any app internal file, included the local database used by the app called fight-covid-db

Ability to know who is sick anywhere in India

On May 4, I decided to push my analyse a little bit further and I analysed the version v1.1.1 of the app which is the current version.

The first thing I noticed is the issue described previously had been fixed silently by the developpers. Indeed, the WebViewActivity is no more accessible from the outside, they removed the intent filters in the AndroidManifest.xml.

To continue my analysis, I decided to use the app on a rooted device. When I tried, I directly received this message. 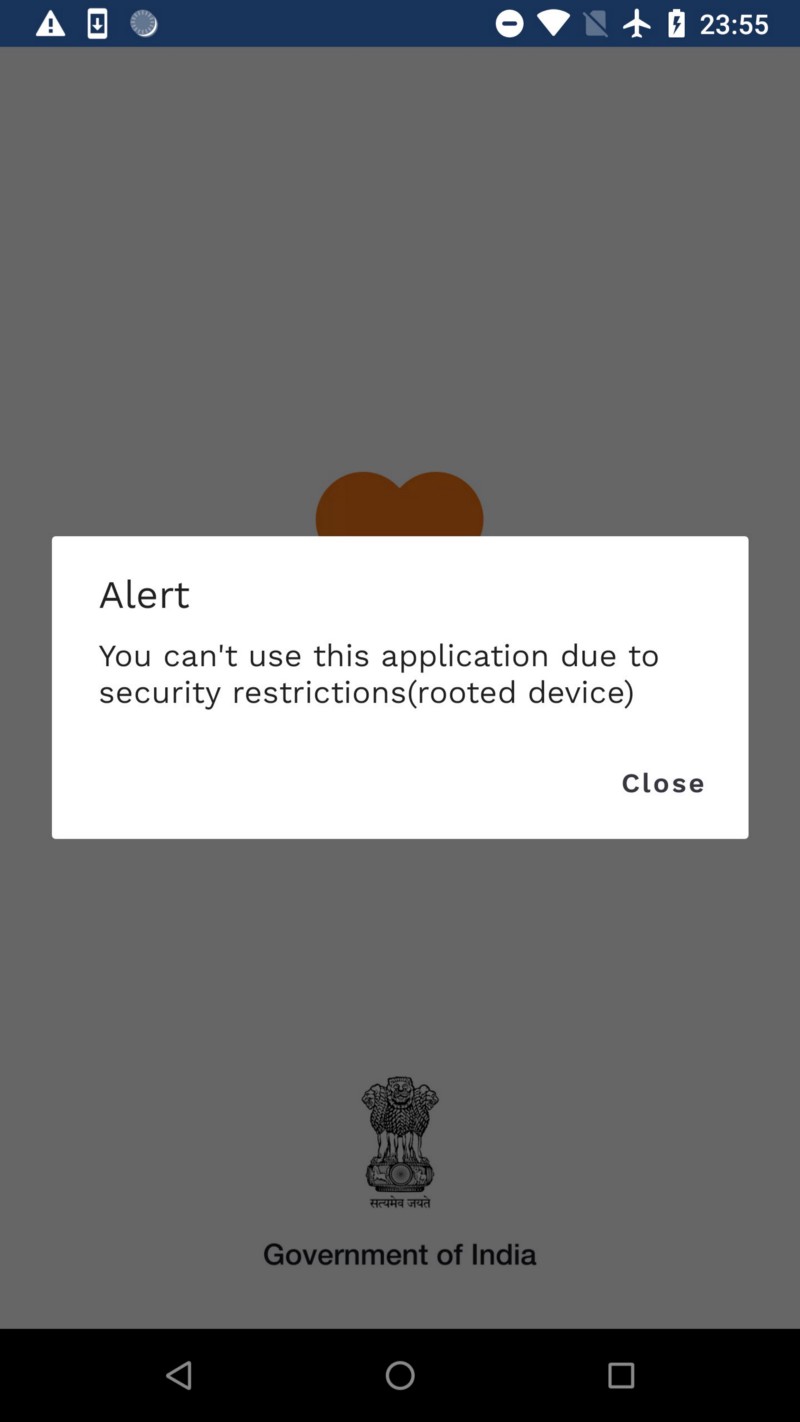 I decompiled the app and found where this root detection was implemented. In order to bypass it, I wrote a small function in my Frida script.

The next challenge was to be able to bypass the certificate pinning implemented in order to be able to monitor the network requests made by the app. Once I done that, I used the app and found an interesting feature

In the app, you have the ability to know how many people did a self assessment in your area. You can choose the radius of the area. It can be 500m, 1km, 2kms, 5kms or 10kms.

When the user is clicking on one of the distance:

The first thing I noticed is that this endpoint returns a lot of info:

What are the consequences?
Thanks to this endpoint an attacker can know who is infected anywhere in India, in the area of his choice. I can know if my neighboor is sick for example. Sounds like a privacy issue for me…

So I decided to play with it a little bit and checked who was infected in some specific places with a radius of 500 meters:

49 minutes after my initial tweet, NIC and the Indian Cert contacted me. I sent them a small technical report.

Few hours after that they released an official statement.

To sum up they said “Nothing to see here, move on”.

My answer to them is:

I’m happy they quickly answered to my report and fixed some of the issues but seriously: stop lying, stop denying.